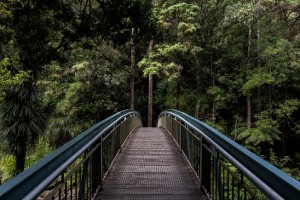 If you are one of the thousands of people who have successfully funded a project on Kickstarter, or similar sites such as Indiegogo, or Go Fund Me – congrats! Hopefully you’ve considered the crowdfunding tax issues beforehand, but if not, this article should provide you with some background knowledge. This article only covers the income tax issues of a typical Kickstarter project. For other issues (such as equity funding) or if you have a specific question that you need help with, please get in touch with me today.

For those who are not aware, as described on their website here: “Kickstarter helps artists, musicians, filmmakers, designers, and other creators find the resources and support they need to make their ideas a reality.” The “resources” referred to here is often the direct financial support of people all around the world. For the most part, the project creator gets to choose how to spend and allocate the funds received from the funding of a successful project. The backers give financial support in order to see the project come to life.

Kickstarter funds are considered taxable in the year received and should be included as gross income on your tax return (there is only one exception to this, and we will go over that shortly). In fact, if your project raised over $20,000 from 200 or more backers, you will receive a Form 1099-K in January of the year following the successful funding of your project. The Form 1099-K has information regarding the total funds received that you can use to help prepare your tax return. This same information gets reported to the IRS.

So this begs the question: if my project did not raise $20,000, does this mean the funds are not taxable? No! It does not. Just because you are not receiving a Form 1099-K does not mean the gross receipts should not be reported on your tax return. Regardless of the amount of money received, the income should be reported.

It is important to note that you are able to offset some of the income through ordinary and necessary business expenses. Things such as website costs, advertising, supplies, etc. If you are using the funds to manufacture goods, the costs of manufacturing are deductible against the Kickstarter income. In other words, you now have a business (if you didn’t already), and you should track all of your income and expenses in order to properly file your tax return. It’s possible that you will have enough expenses to offset all of your Kickstarter income and effectively end up paying zero tax on the funds received.

An inherent problem with Kickstarter funds is the timing of its receipt. Kickstarter funds are taxable in the year received, but you cannot deduct any expenses against that income until those expenses are incurred. For cash method taxpayers, this means the year that you have paid for those expenses. Since it often takes some time for a project to come to fruition, this could mean significant income in one year followed by a large loss in the following year (not ideal). Using the accrual method of accounting could help by allowing you to defer the income on the funds received until they are earned, or you can simply run your funding campaign at the beginning of the year.

What if the funds are a gift?

This is the one exception I alluded to earlier. According to IRS regulations, recipients of a gift do not have to pay income taxes on the amounts received. Great. But be careful as to what you consider a gift, as your idea of a gift may be different than the IRS. The giver must not be expecting anything in return. There can be no strings attached whatsoever.  It is rare to see a project funded by gifts. It is possible that a portion of the funds received could be considered a gift, but this is a grey area and would depend entirely on the individual facts and circumstances.